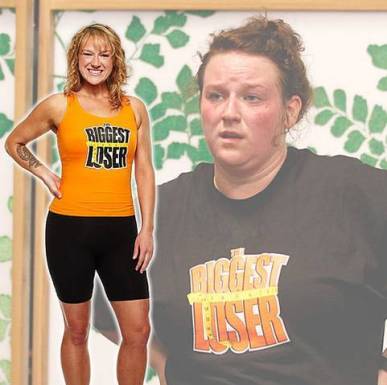 Cassandra Sturos is a big dreamer. Prior to competing on NBC’s “The Biggest Loser,” some of the Michigan native’s dreams included moving to New York, becoming a writer and running a marathon. After leaving the show, she has completed the first two. Now she plans to complete the third through the American Red Cross of Greater Chicago’s Run Red team, a charity marathon team that offers participants a free spot in the Chicago Marathon if they raise funds for the Red Cross mission.

“The marathon is a bucket-list thing for me that I’ve always wanted to do, but wasn’t sure I could work up to,” Sturos said.

Before her stay on “The Biggest Loser,” Sturos enjoyed the sense of pride that accompanies running races, but a 5k was the longest distance she had ever run. While on the show, she challenged herself with her running goals and passed significant running milestones (pun intended). Now she can run a half-marathon without thinking.

Running for charity isn’t new for Sturos. Every race she has run has been for a good cause. So when she began looking for a place to complete a marathon, running the Chicago Marathon through the Red Cross made sense to her.

“I love the idea of running for a charity,” Sturos said. “Running for an incredible cause makes it mean much more. It really sealed the deal for the Chicago Marathon for me, running the marathon for the Red Cross.”

The October 7 date for the Marathon may seem a ways off, but Sturos has been hard at work preparing for race day.  She alternates days between long-distance runs and full-body strength training. Sometimes it isn’t easy (Sturos described one run where she was so hot and thirsty she considered jumping in the Hudson River), but she’s found that the combination of strength workouts and distance conditioning have improved her endurance.

With her training in full swing, Sturos is well on her way to crossing a marathon off her bucket list. But it isn’t just about completing the marathon for her.

“Not only is it a huge personal goal for me, I also do feel really passionate about the Red Cross,” Sturos said. “It’s an amazing organization and running for it will be an amazing accomplishment.”

A marathon can be a mind-bogging, seemingly unattainable running distance to some people. Sturos joked that even her mother, who she said “would support [Sturos] buying an elephant and riding it cross-country,” can’t wrap her mind around her daughter running the 26-mile distance.

But, clichéd as it may seem, Sturos thinks anything can be accomplished with hard work and determination. Sturos, who has completely transformed her life and followed her dreams to New York, is a living testament to the power of determination.

“Half the battle is telling yourself you can do it and being kind to yourself. I don’t think there’s anyone who couldn’t run a marathon,” Sturos said.

If you want to help Sturos realize a dream through the Red Cross, you can donate to Sturos’ Run Red fund. Or you can join the team if you want to realize a dream of your own. Also, if you have a chance, take a look at Sturos’ blog to see what this adventurous dreamer is up to at http://adventuredame.blogspot.com/.

Leah Cato had never been to Chicago when she joined the American Red Cross of Greater Chicago’s Run Red team, a charity marathon team that offers participants a free spot in the Chicago Marathon if they raise funds for the Red Cross mission. She had been running in the Washington D.C. area for a couple of years, but wanted to do a marathon for charity.  Cato joined the team in 2010, following a desire to give back to society.

“I was searching for a way to make a difference, and running to raise money and awareness for charity has become just that,” Cato said.

With Run Red, Cato found exactly what she was looking for.  Joining the Run Red team gave her the chance to run for a charity organization that’s internationally renowned for service.

Giving back is a large part of the Run Red experience, but it’s not all it has to offer.  For Cato, human connection was the cherry on the Run Red sundae.  Cato cherished the opportunity to meet and bond with new people through Run Red.  From the moment she entered Chicago, she knew she was surrounded by a good group of people.

“Coming to Chicago for the first time and getting such a warm welcome from the Run Red team made my first visit to the city a great experience,” Cato said.

To Cato, being with a great team made the experience more valuable.  The Run Red team’s welcome gave her the sense that she was part of something special, that she was part of a community.  As Cato finished the marathon, it became clear that the camaraderie among the team had easily endured the 26-mile distance.

“Being one of the slower runners I was really excited that they [my teammates] were still there at the end of the race cheering me on,” said Cato. “The entire experience was really a positive one.”

Run Red also taught Cato about the many different services the American Red Cross provides.  She knew about the Red Cross’ work during large disasters and armed conflict, but hadn’t heard of the lesser known day-to-day activities, such as Disaster Action Team fire response and blood collection.  Joining the Run Red Team increased her awareness of the Red Cross’ work.

For people who are considering participating, Cato recommends going for it.  She also advises newcomers to reach out to family and friends early in order to make the fundraising process run smoothly.  Cato acknowledges that running a marathon and raising funds isn’t always easy, but she finds it immensely rewarding.  To Cato, it’s much more than just a marathon.

Headlines have warned us on the shortages in the economy, but few have talked about the increasing shortages of blood in our blood banks. Yes, that is right, we are short on blood this summer, right here at home. Every three seconds, someone is in need of blood. In contrast, only 2 percent of the eligible U.S. population participates in blood donations.

See the blood banks depend on us to restock their supplies of blood, typically three-days worth of blood is considered satisfactory. But in 2009, like in many other areas of our lives, blood donations are coming up short. This is pretty alarming considering that around 38,000 units of donated blood are needed every day in the U.S. and nearly 5 million Americans would die each year without lifesaving blood transfusions!

Wow, those are big numbers! But you still might wonder- who is in need of this blood? The answer is many, many, many people. I did a little research and these are some of the most common recipient of our healing liquid. Non-trauma medical cases such as patients suffering from anemia, bone marrow transplant patients and surgical cases depend on the generosity of the blood donor. Other people that might be in need of a blood are premature infants, car accident victims, burn victims, or those diagnosed with cancer.

Knowing this, the American Red Cross of Greater Chicago has gone to great lengths to attract new donors this summer, including this past Thursday, when a blood drive offered donors a chance to win tickets for a White Sox baseball game! There were many people there, people that wanted to make a difference and save a life, among them, moi! But my heroic spirit was shutdown when I was told I couldn’t donate my blood because of my low iron levels.

I was shocked! I have donated blood for many, many years, and my blood has always been good enough. Now it was not performing up to the task! I was very disappointed and after returning home and doing some research I was even a little worried. As you know, I have been training for the Chicago Bank of America Marathon, raising funds and supporting the Red Run Team (the Red Cross marathon running team.) During this past three months, I have been feeling tired but I had attributed this to my new training schedule. Never once I thought that my tiredness, lack of energy and constant sleepy mood was anything else than just getting used to my new running routine.

But after my failed attempt of donating blood and a call to my personal physician, I was diagnosed as anemic.So for the past week I have been undergoing several tests to find out the root of the problem. Though we still don’t know what is causing my new found anemia, it was the act of trying to save a life that perhaps save my own. Who knows? I might be in need of a blood transfusion in my near future and if it were not for people like you, who find the time to donate your blood to the Red Cross, I might be left dry with no place to turn.

So what to learn from this? Doing the right thing sometimes comes around and rewards you like it happened to me. If it were not for the Red Cross, I will still be pushing myself to the limits even when it could potentially do me more harm than good. But also, you never know if you will also be in need of this precious gift.

So this summer, between your barbecues and beach outings, please find a extra hour to save a life. You never know whose life you may be saving!

It is super easy! You can call 1-800-GIVELIFE or visit the Red Cross National Blood donation page at http://www.redcrossblood.org/