“I like to get out and mingle with the people and find out exactly what their needs are, try to resolve it and help them out as much as I can.”
-Terrence Cook

Terrence Cook of Mount Vernon, Illinois has been an American Red Cross volunteer for approximately 10 years. During his time volunteering, Terrence has responded to home fires, along with deploying to hurricanes, tornadoes, floods and other disasters.

After a home fire, Terrence arrives on scene and helps individuals with providing comfort kits, financial assistance to help with lodging and food, assistance with referrals for replacing medications, information about case work and additional assistance.

“You always run into different people, different families and situations,” he says. “Our main goal is to help them with their immediate needs.”

Terrence has deployed to numerous parts of the country for large-scale disasters, including California, Florida, Louisiana, Mississippi and Texas. He spent time helping before and after a hurricane in Mississippi in 2017, where he worked as a supervisor during the Red Cross disaster response, there.

“It is good to work with people after disasters. I was surprised at how many people were willing to help, even though they were thinking about, ‘Is my home alright?'”

Terrence says, numerous people thanked him for being there. He recalls a story of two children sharing their concerns about the impending storm. They asked Terrence, “Are we going to have a home to go home to?” Terrence tried to comfort them and the boys thanked him for listening.

For Terrence, his favorite parts of volunteering include working with his fellow volunteers and helping people. He likes the camaraderie and says he truly enjoys being able to talk with the people he meets as part of his duties.

“My life goal is to keep helping people like that,” he says.

Here is a short video that highlights a recent Red Cross home fire response in the South Central Illinois chapter. Terrence is one of our volunteers who responded to help.

Thank you, Terrence! Visit redcross.org/volunteer to join the team as a disaster volunteer. 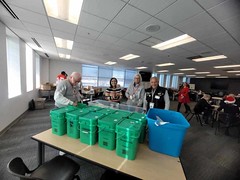 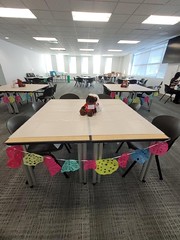