Pam Shaffer has always had a spirit for helping others, so her journey to the American Red Cross was a perfect match.

The Adams County native completed her diploma of nursing in 1975 from St. John’s School of Nursing and associate’s degree from Springfield Community College, both located in Springfield, Illinois.

She later went on to complete her BSN degree at Quincy College in 1991.

But Shaffer’s story with the Red Cross started in 1981 as a charge nurse for Biomedical Services in Illinois, and eventually serving as a board member for the Adams County Chapter.

In 1991, the executive director at the time, who was set to retire, suggested she throw her name in the hat to be the next person to fill the role.

To Shaffer’s surprise she was selected for the role out of 16 candidates.

One of her first goals and challenges were to develop a disaster program and then the Great Flood of 1993 happened, causing major flooding across Illinois and several other states.

“We had hundreds of volunteers from all over the country and we had 14 ERVs, those emergency response vehicles in town,” says Shaffer.

“So it was a huge operation and we had a shelter open from July 5 through October, out at Quincy University North Campus.”

Going forward it helped develop a strong base for the disaster program and partnerships that still exist today ,which led to better response efforts during people’s toughest life moments, she adds.

Shaffer’s time as executive director ended in 2014, when she retired from the role, by then she provided leadership to 11 counties for the Red Cross.

“I’m a nurse, so I’ve always been in the helping field, I use those nursing qualities in all of our services.”

Shaffer is reaching nearly 40 years of service with the Red Cross and says the people who serve at the Red Cross truly make a difference in the lives of others and deserve recognition for their work.

Visit redcross.org/local/illinois/volunteer to find out how you can get involved in your community. 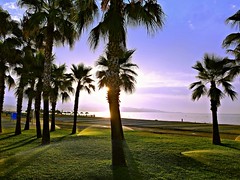