Whenever the Red Cross responds to a disaster…we often touch so many lives. After the Marshalltown tornadoes hit, the American Red Cross of Greater Chicago dispatched two ERV (Emergency Response Vehicles) to help out with feeding those so negatively impacted within the community. 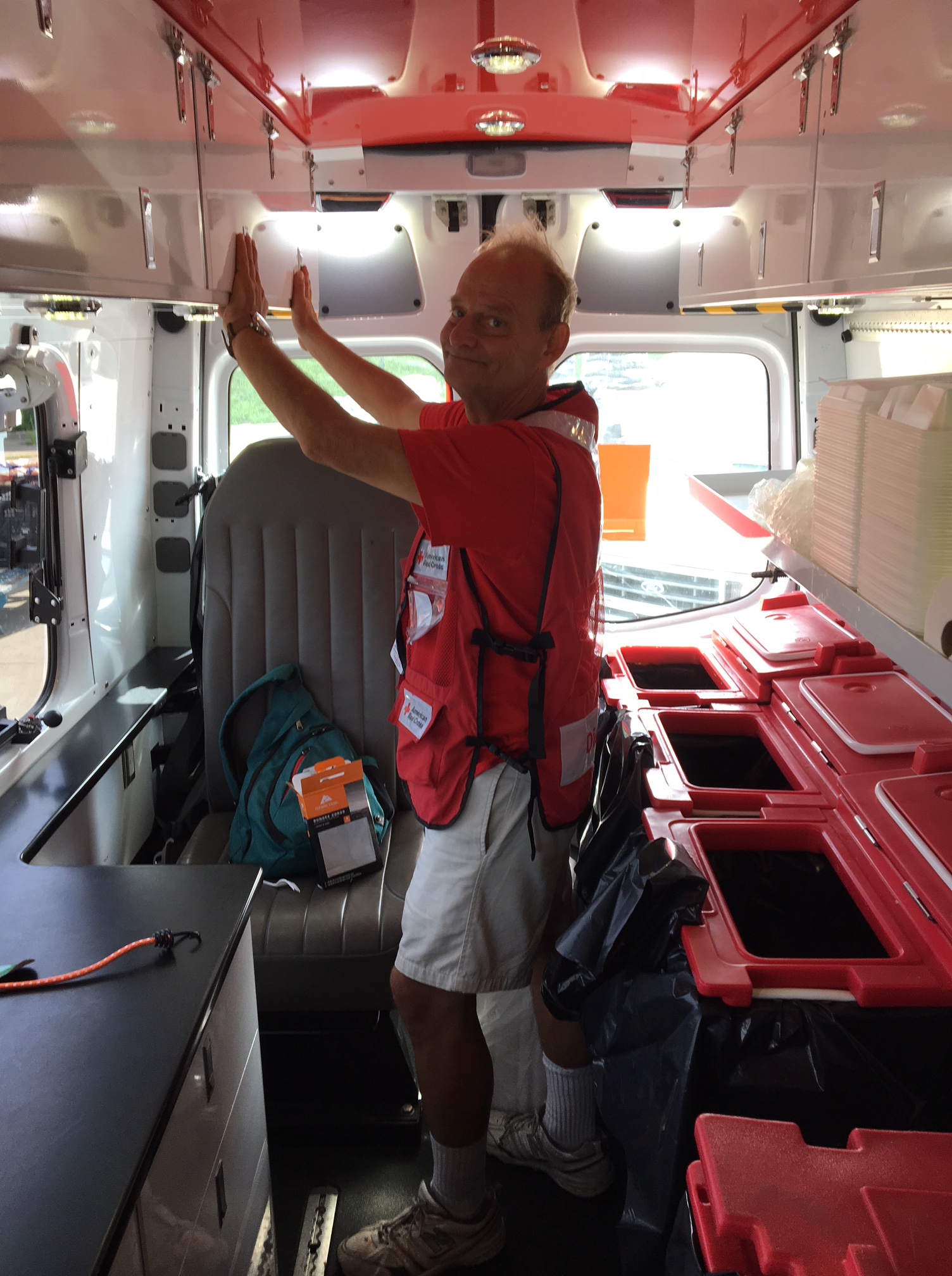 These teams would drive through the hard-hit neighborhoods and pass out both lunch and dinner with food that was cooked and donated by the Hy-Vee Supermarket Company. On any given day, one ERV would pass out on average 400 plus meals – often times to families that lost everything. And they were able to touch their lives.
As the days wore on, it was common for those assigned to these ERV’s to strike up friendships with those that they would meet and talk with. They would often hear the stories of where residents were when the tornadoes hit – and how they survived. They would see neighbors helping neighbors – no matter what condition their house was in.
Jeff Dorn remembers one day when a car stopped them while driving their route to say “thank you” for what they were doing. In addition, Jeff and his partner Kyle started a “Marshalltown Wall of Fame” – where they recorded the first names of the Children that they met along their way.

At times like these, touching the lives that you meet – means so much. It can help take away their feelings of despair and hopelessness. And it gives such lives, the chance of better tomorrows.