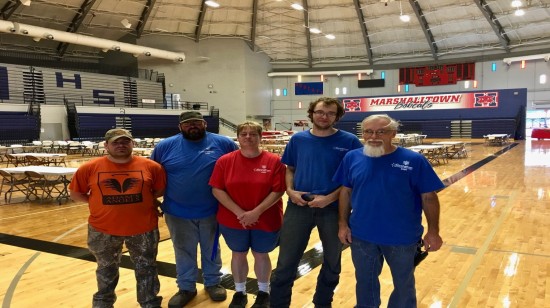 Every time that we respond to a disaster – whether locally or nationally – we often meet people that touch our hearts.  They can be someone who lives in the community affected and just wants to lend a helping hand.  Or they could be someone that has a role or position in a place where the Red Cross stands up a particular event or response.

Such people come from various cultures and backgrounds and from places that we may not have heard about.  They may do things differently than what we are used to and may have looked at us as an outsider prior to the disaster that occurred.  But now they are there with us – to help us out with our response efforts in any way that they can.

These people are like angels to us – and to those that we are trying to help out.  We may spend time talking with them, laughing with them, and sweating with them.  During our time with them – we will get to know them and see what they are all about.  They may touch us deeply and most likely leave a lasting impression on us.

We may not see them again which may be uncomfortable for us – but we are so thankful that we were able to meet them and that they shared their heart with us.  And we also hope that one day again…our paths will cross.