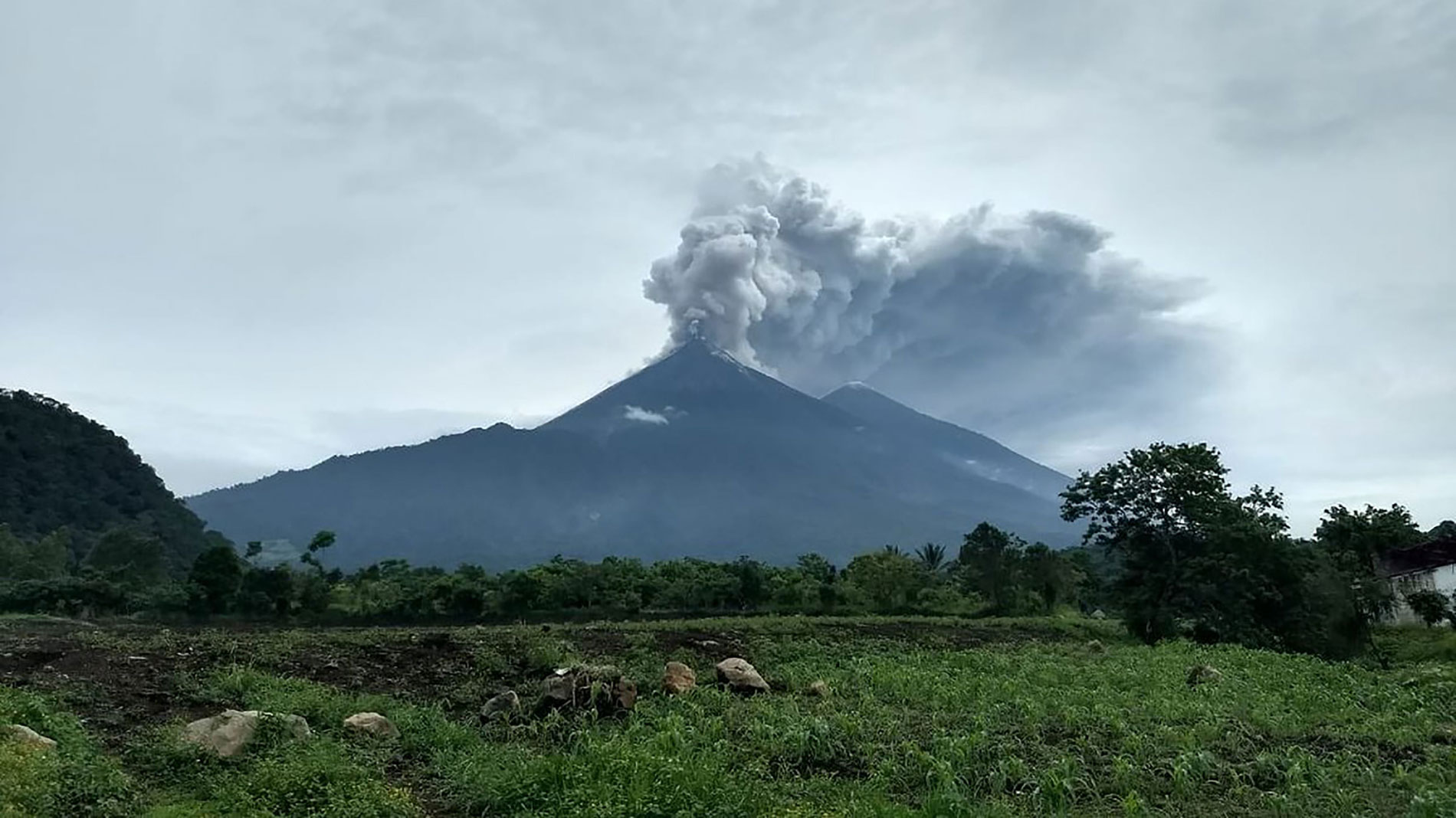 On June 5, 2018, the deadliest volcano Guatemala experienced since 1902 erupted just 27 miles from its capital, Guatemala City.

That day will forever be impressed upon the memories of many, including me. Having spent time in Guatemala over the years, I have made perhaps some of the most special, lifelong friendships that I will ever make. I would visit an orphanage located in the small town of Santa Apolonia, Guatemala and am still friends with the people I met there.

On the day of the eruption, I quickly opened up Facebook—it was crucial that I message a longtime friend of mine and former resident of the orphanage who lives in Guatemala City. He’s studying biochemistry at a local university. I needed to be certain that he was not affected, and if he knew whether or not the orphanage was affected as well.

Even in this connected age, contact with the orphanage is relatively tough, but I messaged as many people as I could in Santa Apolonia. What followed was the terrifying wait where all I could do was hope that everyone remained unaffected. When my friend eventually responded to me that Volcan de Fuego had not reached him nor had it reached the orphanage, I rejoiced.

Later that day, people at the orphanage responded with the same story. I am blessed, and continuously grateful that no one I know has been injured, missing or worse. Many were not as fortunate, however. Volcano de Fuego has taken 110 lives, injured 300 and 332 people are still missing.

Some memories do not fade. One day that came to mind during the disaster was not one of neither hope nor sadness, but of a valuable lesson.

Seven years ago, during my first trip to ‘the Hogar’, I was a fourteen-year-old boy with tenacious yet misguided aspirations forthe trip.

Similarly, my perspective of the people in the town of Santa Apolonia and the orphanage was incredibly single-minded leading up to the first day.

I saw them as people in need. “I was merely there to help them,” was my thought process. The day of the volcano, it was not the adorable faces of the younger kids, nor the warm hospitality and love I had felt since the first minute that came to mind, rather, it was what happened roughly an hour after my arrival during a soccer game with some of the older boys that I remembered.

Growing up, I had a passion for the game of soccer and thought that bringing my Nike soccer ball would be an appropriate gift to the boys, as well as provide a way to connect with the kids and compensate for my poor Spanish speaking ability. Upon reaching the paved courtyard, I spotted three older boys sitting and joking on a bench in the corner. With my limited Spanish vocabulary, I walked over and asked if they wanted to play, and they looked at each other for a moment then warmly smiled and agreed.

These guys were good … I mean excellent. They passed the ball back and forth in the middle of the game with using only their heads, they used clever moves one only sees on television, they did difficult ‘give and go’ passes and it all seemed effortlessly done.

Somewhere around ten minutes into the game, the ball came to me. I looked up and saw the metal bars the kids had set up as the goal. I aimed, planted and took the shot. It may have been a decent effort, hard to remember, all I really remember was the pain of having the skin on the bottom of my big toe torn off by the concrete. Seriously, do not know what I was thinking wearing flip flops to play soccer in the first place. That, however, is beside the point.

Before I could even process what happened, the three oldest boys in the game; Luciano, Manuel, and Noe helped me up and took me to a nearby room. After sitting me down, Noe bumped me on the shoulder, then joked with me about my poor choice of ’zapatos’ then patted me on the back. Simultaneously, others had already gone to grab warm water, rubbing alcohol and a bandage. The pain I initially felt disappeared in an instant. From the moment I sat down in the room, the three of them joked with me about Messi and Ronaldo, how my name means shrimp in Spanish when spoken aloud and they asked me about my siblings. When I looked down at my toe, it was cleaned off and bandaged up like nothing ever happened.

Feeling somewhat angry and disappointed at myself, I was convinced that more harm than good had been done and that was that. In retrospect, however, I was oblivious.

Oblivious to the fact that the kids shouting my name were simply shouting, ‘shrimp’, oblivious to the effect that concrete and friction causes on a bare toe, and most importantly, oblivious to everything about the orphanage: the people in it and perhaps even Guatemala in general. In a material sense, the kids there had far less than the average American. But, my understanding deepened and I saw that the kids approached life and connection in such a beautiful way. My time at the ‘Hogar’ had taught me something profound yet so simple about what it means to be human.

Everyone has a pivotal moment. For me, that day sparked a journey to become a person who does not view service as an action to give to those I deem less fortunate, but views service and helping others as an end in itself, not the means to the end.

Over the past seven years I have helped build and expand their farm, irrigation system, built a playground, helped the kids write their own stories, organize workshops for math and writing, and even organized a ‘world cup’ for a couple of years (flip-flops were strongly discouraged), along with many smaller projects. The theme was the same for every project, however, I gained more than I gave. And what I gained is something I cannot quantify.

Those kids are now my brothers and sisters and there have been countless ‘flip-flop’ moments since then that make me challenge myself to live up to their standard of morality, of friendship and of humanity.

Nearly two million people in Guatemala have been projected to be in danger from ash fallout. The long terms effects of this could be (another) national catastrophe for Guatemala.

The Volcano that I have seen for years now during my visits, is causing far more harm than it did just a few days after the eruption. The ash covers nearly half the country.

On the day of the eruption, the American Red Cross mobilized around-the-clock rescue teams. The Guatemalan Red Cross is currently assisting in finding the 332 people still missing and is now accepting requests for cases in which family contact has been lost due to the eruption.

Please locate your nearest Red Cross chapter if you are looking for a missing relative by clicking this link. If the person missing is a U.S. citizen, please get in touch with the U.S. Department of State, instead. If you wish to help survivors and the search effort, please donate to Cruz Roja Guatemalteca (the Guatemala Red Cross) which is administrating blood drives, providing supplies and medical aid to survivors, as well as assisting in the search effort. You can also donate to the American Red Cross, which is also actively helping in the crisis through its Restoring Family Links program, as well as assist in providing Disaster Health Services, Disaster Mental Health Services, and Disaster Spiritual Care support to family and friends of victims of this disaster and others in the United States.