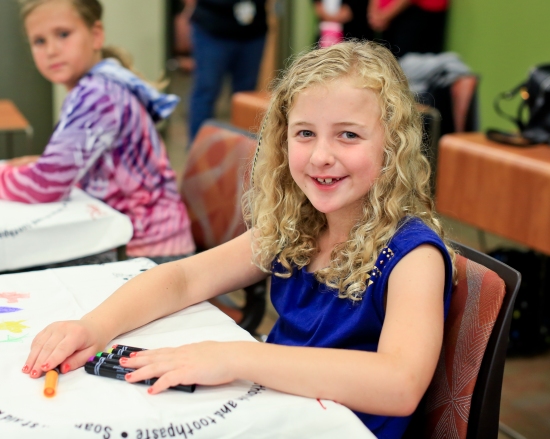 (CHICAGO, IL) – When Hurricane Katrina made landfall 10 years ago, no one was prepared for the immense destruction and devastation it would inflict upon the Gulf Coast.

Many children were traumatized by their memories of the storm’s fury so the American Red Cross developed a program using something as simple as a pillowcase to help children feel safer and more prepared for a disaster. 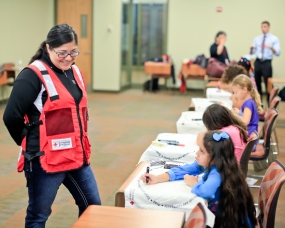 On the 10th anniversary of Hurricane Katrina Aug. 29, 2015, the American Red Cross of Chicago & Northern Illinois participated in the World’s Largest Pillowcase of youth preparedness activities taking place across the county. In Chicago, kids gathered at the Robert Morris University where they learned how to prepare for a disaster and received art supplies to personalize their own pillowcase.

Eight-year-old Beatrice decorated her pillowcase with pictures of her family and favorite household items.

“I liked coming today because I learned a lot of important things,” Beatrice said. “Now I know not to put my hand on a door knob if there’s a fire because I might get burned. I need to open the door slowly so I can be safe.” 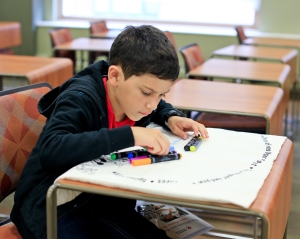 the Red Cross and sponsored by Disney.

For more photos of the World’s Largest Pillowcase event in Chicago visit our Flickr page.