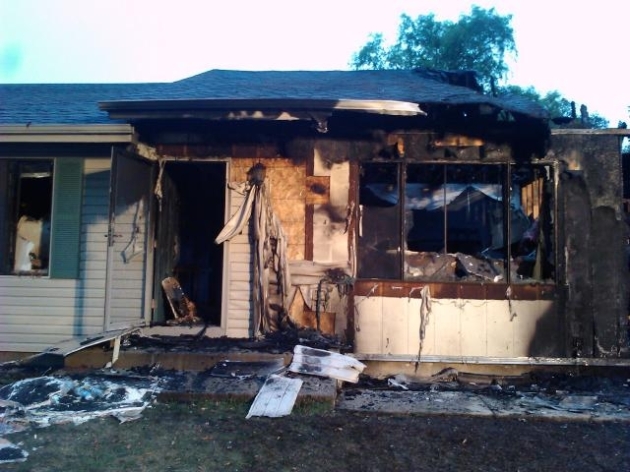 The fire started a little after 3 am. Thirteen-year-old Alexander had been awakened by a loud bang. He got up and discovered fire quickly spreading through the house. Alexander scrambled to wake and alert the rest of the family.

DAT (Disaster Action Team) responders arrived at the scene of a house fire in Bartlett early Sunday morning, just as first daylight was beginning to reveal the extent of the damage. Not only was most of the house destroyed, but the fire had also severely damaged the two family cars and spread up the side of the neighbor’s house.

Red Cross volunteers met with Terri, who had lived in the house with her three children, at the emergency room of a nearby hospital. Terri was feeling overwhelmed by the fire that had swept through her home so suddenly. Though all had escaped with minimal injury, they faced a tough recovery.

The aid of shelter, food, clothing and basic toiletries from the Red Cross gave Terri and her three children some comfort and a little more sense of stability in those first hours after the fire, and time to begin to planning a path toward healing and recovery.